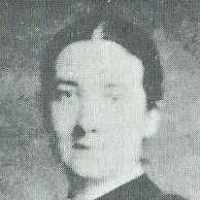 The Great Reform Act of 1867 gave males the right to vote. This also helped to form the Welsh Liberal Party. It was the second of three reforms that would take place.
1884

In 1890, President McKinley and Congress passed the McKinley Tariff, which have had direct effect on Southern Wales. All foreign exports were taxed, including tinplates from the iron and copper mines in Wales.

Irish (common in Cork and Waterford): Anglicized form of Gaelic Ó Ruaidh ‘descendant of Ruadh’, a byname meaning ‘red’, altered by folk etymology to resemble a regional name from the ancient region of East Munster known as Ormond (Gaelic Ur Mhumhain). Ó Ruaidh is also Anglicized as Roe .