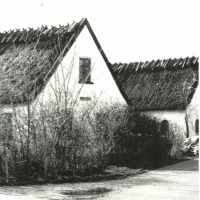 The Life of Jens

The Old Artillery Barracks was the first of three barracks to be established in the Christianshavn district of Copenhagen. They were converted into barracks for the Artillery in 1789 and were used until 1923. Today, they have been converted into apartments and are listed for everyone.
1792 · Det Classenske Fideicommis

Det Classenske Fideicommis is a Danish charitable foundation formed by the industrialist Major General Johan Frederik Classen after he left behind his wealth and possessions in his will to help alleviate poverty and misery to those in the country. Today, it grants around 2 million kroner annually to those in need.
1814