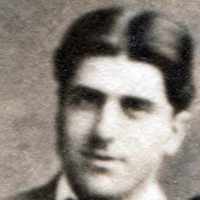 Put your face in a costume from Couch's homelands.

President William McKinley was shot at the Temple of Music, in the Pan-American Exposition, while shaking hands with the public. Leon Czolgosz shot him twice in the abdomen because he thought it was his duty to do so. McKinley died after eight days of watch and care. He was the third American president to be assassinated. After his death, Congress passed legislation to officially make the Secret Service and gave them responsibility for protecting the President at all times.
English: occupational name for a worker in metal, from Middle English smith (Old English smið, probably a derivative of smītan ‘to strike, hammer’). Metalworking was one of the earliest occupations for which specialist skills were required, and its importance ensured that this term and its equivalents were perhaps the most widespread of all occupational surnames in Europe. Medieval smiths were important not only in making horseshoes, plowshares, and other domestic articles, but above all for their skill in forging swords, other weapons, and armor. This is the most frequent of all American surnames; it has also absorbed, by assimilation and translation, cognates and equivalents from many other languages (for forms, see Hanks and Hodges 1988 ).