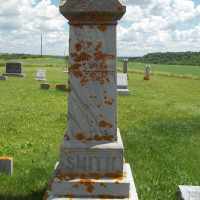 Abraham Lincoln issues Emancipation Proclamation, declaring slaves in Confederate states to be free.
(1997: 831783;2007: 1725054; 2010: 2442977)English and Scottish: occupational name denoting a worker in metal, especially iron, such as a blacksmith or farrier, from Middle English smith ‘smith’ (Old English smith, probably a derivative of smītan ‘to strike, hammer’). Early examples are also found in the Latin form Faber . Metal-working was one of the earliest occupations for which specialist skills were required, and its importance ensured that this term and its equivalents in other languages were the most widespread of all occupational surnames in Europe. Medieval smiths were important not only in making horseshoes, plowshares, and other domestic articles, but above all for their skill in forging swords, other weapons, and armor. This is also the most frequent of all surnames in the US. It is very common among African Americans and Native Americans (see also 5 below). This surname (in any of the two possible English senses; see also below) is also found in Haiti. See also Smither .English: from Middle English smithe ‘smithy, forge’ (Old English smiththe). The surname may be topographic, for someone who lived in or by a blacksmith's shop, occupational, for someone who worked in one, or habitational, from a place so named, such as Smitha in King's Nympton (Devon). Compare Smithey .