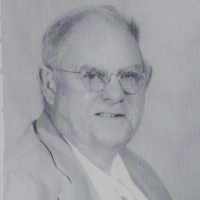 The Life of Herbert Charles

Put your face in a costume from Herbert Charles's homelands.

A federal law prohibiting all immigration of Chinese laborers. The Act was the first law to prevent all members of a national group from immigrating to the United States.
1883 · Mining Boom

In 1883, there was a mining boom in Northern Ontario when mineral deposits were found near Sudbury. Thomas Flanagan was the blacksmith for the Canadian Pacific Railway that noticed the deposits in the river.
1901 · Assassination of Mckinley

1 English: from Old English Englisc. The word had originally distinguished Angles ( see Engel ) from Saxons and other Germanic peoples in the British Isles, but by the time surnames were being acquired it no longer had this meaning. Its frequency as an English surname is somewhat surprising. It may have been commonly used in the early Middle Ages as a distinguishing epithet for an Anglo-Saxon in areas where the culture was not predominantly English—for example the Danelaw area, Scotland, and parts of Wales—or as a distinguishing name after 1066 for a non-Norman in the regions of most intensive Norman settlement. However, explicit evidence for these assumptions is lacking, and at the present day the surname is fairly evenly distributed throughout the country.2 Irish: see Golightly .