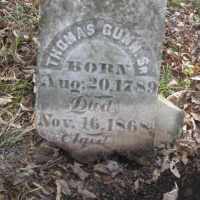 The Life of Thomas Hooper

Put your face in a costume from Thomas Hooper's homelands.

New Bern had been the capital of North Carolina in its early days. In 1792, the capital was moved to Raleigh because it was more the center of the state.
1812

1 Scottish: name of a clan associated with Caithness, derived from the Old Norse personal name Gunnr (or the feminine form Gunne), a short form of any of various compound names with the first element gunn ‘battle’.2 Scottish: sometimes an Anglicized form of Gaelic Mac Gille Dhuinn ‘son of the servant of the brown one’ ( see Dunn ). (According to Woulfe a name of the same form also existed in Sligo, Ireland.)3 English: metonymic occupational name for someone who operated a siege engine or cannon, perhaps also a nickname for a forceful person, from Middle English gunne, gonne ‘ballista’, ‘cannon’, ‘gun’. The term originated as a humorous application of the Scandinavian female personal name Gunne or Gunnhildr.