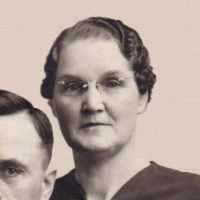 The Life of Verna Faye

Put your face in a costume from Verna Faye's homelands.

Historical Boundaries - 1899: Lewis and Clark, Montana, United States
1916 · The First woman elected into the US Congress

Scottish and northern English: habitational name from any of various place so called, for example Wingate in County Durham or Wingates in Northumberland, named in Old English as windgeat ‘wind gate’, i.e. a place where the wind howls through a narrow pass or gap.