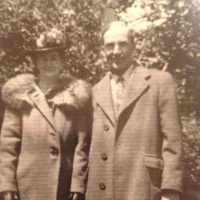 The Life of Morton Reed

Put your face in a costume from Morton Reed's homelands.

On August 15, 1887, the town of Eatonville was incorporated into Orange County, Florida. The town is significant for being one of the first all-black, self-governed municipalities in the country.
1890 · The Sherman Antitrust Act