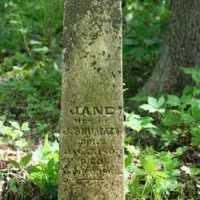 Lewis and Clark set out from St. Louis, MO to explore the West.
1812 · Monumental Church Built