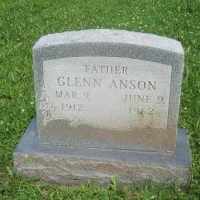 Put your face in a costume from Arthur Glenn's homelands.

On Oct 17 1929, Denver Municipal Airport opens. Later, in 1964, it would be renamed Stapleton International Airport. It would be replaced by Denver International Airport, 31 years later.
English (found mainly in Yorkshire): patronymic from one of several Middle English personal names. Reaney and Wilson have it as ‘son of Hann ’ or ‘son of Hand ’. Bardsley explains it as ‘son of Anne’, but Anne was not common as a Middle English personal name, although this is very probably the sense of the Scottish surname Anisoun. More plausible in a medieval context, perhaps, is ‘son of Agnes’ ( see Annis ), or even ‘son of Anselm ’.