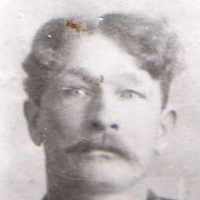 The Life of Charles Penrose

Put your face in a costume from Charles Penrose's homelands.

Prohibits the federal government and each state from denying a citizen the right to vote based on that citizen's race, color, or previous condition of servitude. It was the last of the Reconstruction Amendments.
1873 · Settlers arrived in Vernal

On Feb 14, 1873, Pardon Dodds, among others, came to the valley to raise livestock.
1881 · The Assassination of James Garfield

German: habitational name for someone from Brünken near Stettin or from either of two places called Brunken, in the Rhineland and Brandenburg.