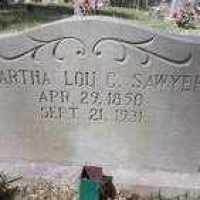 The Life of Martha Lucinda "Lou"

Put your face in a costume from Martha Lucinda "Lou"'s homelands.

The first state fair in North Carolina was held in Raleigh and was put on by the North Carolina State Agricultural Society in 1853. The fair has been continuous except for during the American Civil War and Reconstruction and WWII.
1861

Civil War History - Some 11,000 Georgians gave their lives in defense of their state a state that suffered immense destruction. But wars end brought about an even more dramatic figure to tell: 460,000 African-Americans were set free from the shackles of slavery to begin new lives as free people.
1872 · The First National Park