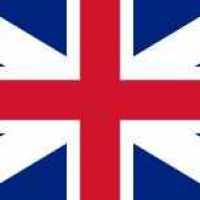 When Anna Sinclair was born about 1641, in Ulbster, Caithness, Scotland, United Kingdom, her father, Patrick Sinclair, was 24 and her mother, Elizabeth MacKay, was 18. She married Francis Sinclair of Stirkoke on 20 October 1655, in Ulbster, Caithness, Scotland. They were the parents of at least 4 sons and 2 daughters. She died about 1685, in Langwell, Highland, Scotland, United Kingdom, at the age of 44.