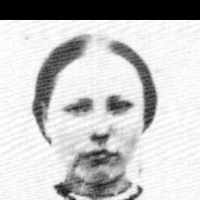 Due to the state’s financial crisis during the previous decade and growing criticism toward state government. Voters approve the Constitution of 1851 which forbade the state government from going into debt.
1851 · Fire Devastates the Library of Congress

On Christmas Eve 1851, 35,000 of the volumes including many of Thomas Jefferson's own personal collections are lost in a fire that destroys two-thirds of the Library of Congress.
1868 · Impeach the President!