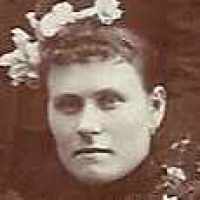 The Life of Maria Johnsdotter

Put your face in a costume from Maria Johnsdotter's homelands.

After three prior attempts to become a state, the United States Congress accepted Utah into the Union on one condition. This condition was that the new state rewrite their constitution to say that all forms of polygamy were banned. The territory agreed, and Utah became a state on January 4, 1896.
1899

1 Swedish: ornamental name composed of the elements kron ‘crown’ + holm ‘inlet’, ‘island’.2 Danish: habitational name from a farm named with the same elements as in 1.

Told by Clifford John Brown When I was very small we moved in with Grandma (Maria Johnson Brown). Our living quarters was two rooms built onto the side of her house. Water had to be carried from a we …