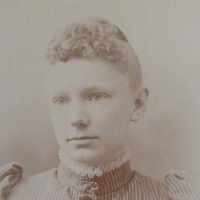 The Life of Augusta

The Euclid Avenue Opera House was the most popular theater in Cleveland at the time. It was home to a 1,638-seat auditorium and was constantly filled. In 1922 the building was demolished to make room for a Kresge store. The original chandelier hangs in the shop that now occupies the site.
1894 · May Day Riots of 1894

The May Day Riots were a series of violent demonstrations that occurred throughout the city on May 1. The riots were caused after Cleveland's unemployment rate increased dramatically during the Panic of 1893, causing panic among the unemployed against the city leaders. The most rioters at one time was recorded as a crowd of 5,000 men.