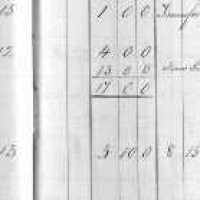 Martha Cowell (16) along with her parents John and Mary Cowell and a sister Mary set sail at Liverpool on the "Monarch of the Sea" in 1864. Her father became ill and after several days died during a …