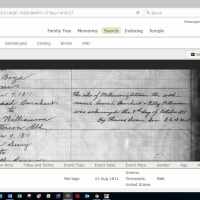 The Life of Conrad

Dutch: from the personal name Barnhart, Dutch form of Bernhard .