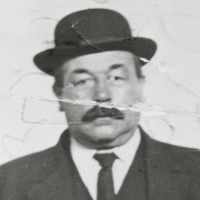 The Life of Baxter Kenneth

When Baxter Kenneth Mills was born on 2 May 1910, in Twillingate Islands, Newfoundland and Labrador, Canada, his father, Joshua Mills, was 46 and his mother, Sarah Chippett, was 38. He married Mary Jane Rideout about 12 April 1934, in Morton, Rideau Lakes, Leeds and Grenville, Ontario, Canada. They were the parents of at least 1 son. He lived in Moretons Harbour, Newfoundland and Labrador, Canada for about 14 years. He died in January 1977, in Newfoundland, Canada, at the age of 66.

Put your face in a costume from Baxter Kenneth's homelands.