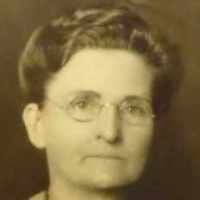 Put your face in a costume from Minnie Agnes's homelands.

Statue of Liberty is dedicated.
Probably an Americanized spelling of German Reidenbach.

File # xx-15-2003-1 Flathead County District Court Minnie A. Starr, plaintiff vs Samuel Starr, defendant NOW ON THIS 11th day of September, 1917, this cause came to be heard the plaintiff appearing …