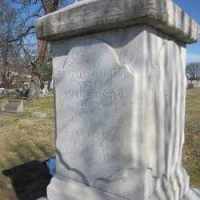 Being a second spiritual and religious awakening, like the First Great Awakening, many Churches began to spring up from other denominations. Many people began to rapidly join the Baptist and Methodist congregations. Many converts to these religions believed that the Awakening was the precursor of a new millennial age.
(2007: 185; 2010: 275)English: habitational name from Barnhurst in Tettenhall (Staffordshire). Recorded as Barndehurst in 1317, the place is named with Middle English barnde, barnt ‘burnt’ + hurst ‘wooded hill’.