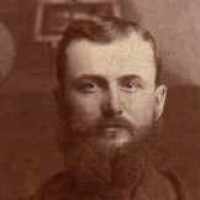 Put your face in a costume from Clayton Elias's homelands.

The Chicago water tower was built out of Lemont limestone by William W. Boyington and was used for firefighting and also drawing clean water from Lake Michigan. The tower gained prominence after the Great Chicago Fire of 1871. Some believe that the tower was the only building to survive the Great Chicago Fire, but a few other buildings survived alongside the tower. The tower has become a symbol of old Chicago and how the city recovered from the fire. The tower has undergone only two renovations since 1913.

Prohibits the federal government and each state from denying a citizen the right to vote based on that citizen's race, color, or previous condition of servitude. It was the last of the Reconstruction Amendments.
1 English: from a Germanic personal name composed of the elements bald ‘bold’, ‘brave’ + wine ‘friend’, which was extremely popular among the Normans and in Flanders in the early Middle Ages. It was the personal name of the Crusader who in 1100 became the first Christian king of Jerusalem, and of four more Crusader kings of Jerusalem. It was also borne by Baldwin , Count of Flanders ( 1172–1205 ), leader of the Fourth Crusade, who became first Latin Emperor of Constantinople ( 1204 ). As an American surname it has absorbed Dutch spellings such as Boudewijn.2 Irish: surname adopted in Donegal by bearers of the Gaelic name Ó Maolagáin ( see Milligan ), due to association of Gaelic maol ‘bald’, ‘hairless’ with English bald.