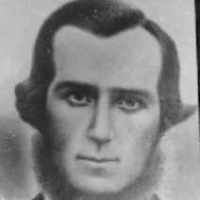 In 1883, there was a mining boom in Northern Ontario when mineral deposits were found near Sudbury. Thomas Flanagan was the blacksmith for the Canadian Pacific Railway that noticed the deposits in the river.
(1997: 751;2007: 1370; 2010: 2289)Swiss German and German: from Middle High German ober ‘above’ + holz ‘wood’ + the suffix -er, denoting an inhabitant, a topographic name for someone who lived above a wood or on the far side of it, or alternatively a habitational name for someone who lived in a place known as Oberholtz (‘upper wood’). This surname is almost extinct in Germany; in Switzerland it is common in the spelling Oberholzer . Compare Overholser , Overholt and Overholtzer .