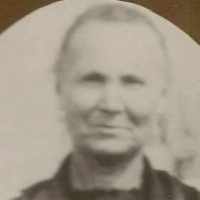 When Maria Bertinotti was born on 24 July 1872, in Lagnasco, Cuneo, Piedmont, Italy, her father, Michele BERTINOTTI, was 37 and her mother, Clara Rossi, was 35. She married Giovanni Battista Maero on 6 January 1892, in Lagnasco, Cuneo, Piedmont, Italy. They were the parents of at least 6 sons and 5 daughters. She died on 9 July 1933, in Ogden, Weber, Utah, United States, at the age of 60, and was buried in Ogden, Weber, Utah, United States.

This Act tried to prevent the raising of prices by restricting trade. The purpose of the Act was to preserve a competitive marketplace to protect consumers from abuse.
A name derived from Mapia, one of the Greek forms of Miriam. Maria is found as a male name as well as a female name. Viscount Montague, of Cowdray, Sussex, who succeeded to the title as second viscount, was christened Anthony Maria Browne. In Camden's Remains (p. 44), referred to in Delicie Literarise, occurs Thomas Maria Wingfield; and there was also a Sir Edward Maria Wingfield. The name appears to have been adopted in the latter family from Mary, daughter of Henry VIII. Compare Notes and Queries 5th S. ii. 73, 316, 478. Marie is frequently found as a male name in France and in other parts of the Continent.