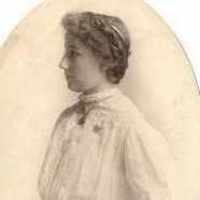 Put your face in a costume from Genevieve Grace's homelands.

Oklahoma is the 46th state.
Altered form of Irish McDonnell ‘son of Donal’, from an incorrect association of the Gaelic patronymic with the personal name Daniel .