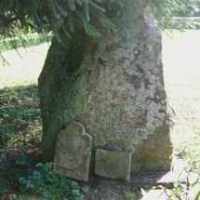 1 German (also Häcker), Dutch, and Jewish (Ashkenazic): occupational name for a butcher, possibly also for a woodcutter, from an agent derivative of Middle High German hacken, Dutch hakken ‘to hack’, ‘to chop’. The Jewish surname may be from Yiddish heker ‘butcher’, holtsheker ‘woodcutter’ (German Holzhacker), or valdheker ‘lumberjack’, or from German Hacker ‘woodchopper’.2 English (chiefly Somerset): from an agent derivative of Middle English hacken ‘to hack’, hence an occupational name for a woodcutter or, perhaps, a maker of hacks (hakkes), a word used in Middle English to denote a variety of agricultural tools such as mattocks and hoes.