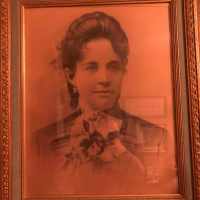 Put your face in a costume from Alice Gertrude's homelands.

Garfield was shot twice by Charles J. Guitea at Railroad Station in Washington, D.C. on July 2, 1881. After eleven weeks of intensive and other care Garfield died in Elberon, New Jersey, the second of four presidents to be assassinated, following Abraham Lincoln.
(1997: 65676;2007: 136384; 2010: 185674)English (London), Flemish, Dutch, and North German: patronymic from the personal name Steven . The surname of Flemish origin is also found in the Walloon part of Belgium. In North America, the English form of the surname has also absorbed some like-sounding Jewish names and various other European cognates, e.g. Greek Stefanidis , Serbian Stevanović (see Stevanovic ), Slovenian and Slovak Štefanič (see Stefanic ).