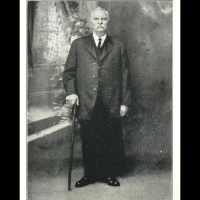 The Life Summary of Gilbert

Put your face in a costume from Gilbert's homelands.

(1997: 39048;2007: 84289; 2010: 114030)English: topographic name from Middle English dene ‘valley’ (Old English denu), or a habitational name from any of several places in various parts of England named Dean or Dene from this word.English: nickname or occupational name for the servant of a dean or nickname for someone thought to resemble a dean. A dean was an ecclesiastical official, the head of a chapter of canons or a church official with jurisdiction over a sub-division of an archdeaconry. Though no doubt some deans had illegitimate children, they were officially celibate, and in the main the surname is probably a nickname in origin, similar to Bishop , Prior , Priest , and Monk . The Middle English word deen, dien, dein, is a borrowing of Old French d(e)ien, doien from Latin decanus (originally a leader of ten men, from decem ‘ten’), and thus is a cognate of Deacon .