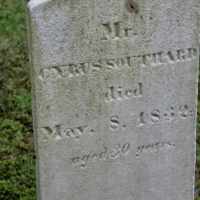 The Life of Cyrus

In 1804, President Thomas Jefferson authorized the creation of a light station on Whitehead Island. The light house went into service by 1807. It is the third-oldest light house in Maine. Whitehead Light still exists as the private property of Pine Island Camp, a non-profit organization.
1812