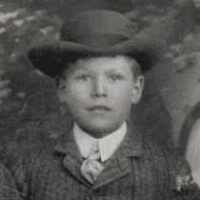 The Life of Karl King

Put your face in a costume from Karl King's homelands.

The Daughters of Utah Pioneers was organized by Annie Taylor Hyde after she invited a group of fifty-four women to her home to find ways to recognize names and achievements of the men, women and children who were the pioneers. They followed the lead of other national lineage societies, such as the Daughters of the American Revolution. They were legally incorporated in 1925.
1920

1 German and Jewish (Ashkenazic): from Kenner ‘connoisseur’ (from kennen ‘know’), hence a nickname for someone considered to be knowledgeable or an expert of some kind; it may also have been used ironically to denote a ‘know-all’.2 German: habitational name for someone from Kenn, near Trier.3 German: topographic name for someone living near a water pipe or channel, from Middle High German kener ‘water channel’, ‘drainage pipe’.