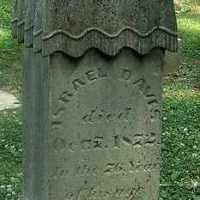 The Life of Israel

While the growth of the new nation was exponential, the United States didn’t have permanent location to house the Government. The First capital was temporary in New York City but by the second term of George Washington the Capital moved to Philadelphia for the following 10 years. Ultimately during the Presidency of John Adams, the Capital found a permanent home in the District of Columbia.
1804 · Whitehead Light

In 1804, President Thomas Jefferson authorized the creation of a light station on Whitehead Island. The light house went into service by 1807. It is the third-oldest light house in Maine. Whitehead Light still exists as the private property of Pine Island Camp, a non-profit organization.
1819 · Panic! of 1819