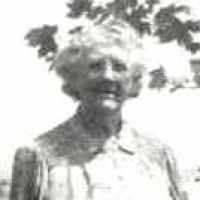 The Life of Frances Catherine

When Frances Catherine Kennedy was born on 6 April 1863, in Perth, Ontario, Canada, her father, James Kennedy, was 30 and her mother, Rose Fagan, was 27. She married John Love Hicks in 1898. They were the parents of at least 1 son and 3 daughters. She lived in McKillop, Huron, Ontario, Canada in 1871 and Maricopa, Arizona, United States for about 10 years. She died on 16 April 1958, in Burbank, Los Angeles, California, United States, at the age of 95, and was buried in San Fernando Mission Cemetery, San Fernando, Los Angeles, California, United States.

Put your face in a costume from Frances Catherine's homelands.

On July 1, 1867, the province of Ontario was founded. It is the second largest province in Canada. A third of the population of Canada live here. Before it was Ontario it was called Upper Canada and had a Governor.
1890 · The Sherman Antitrust Act