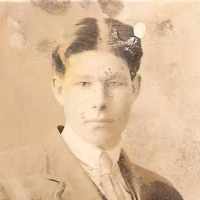 When Benjamin Franklin Reding was born on 27 May 1895, in Plains, Sanders, Montana, United States, his father, Joseph Marion Reding, was 34 and his mother, Clara Belle Barton, was 29. He married Laura Jane Buchanan on 19 March 1919. They were the parents of at least 1 son and 3 daughters. He immigrated to Eastport, Boundary, Idaho, United States in 1937 and lived in Medicine Hat, Cypress, Alberta, Canada in 1911 and Alberta, Canada in 1916. He died on 25 September 1960, in British Columbia, Canada, at the age of 65, and was buried in British Columbia, Canada.