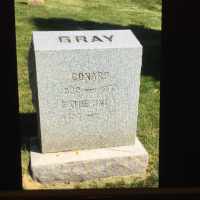 The Life of Conard Neil

Put your face in a costume from Conard Neil's homelands.

Convinced that a group of Native American tribes were hostile, The United States formed a frontier militia to stop them in their tracks. Even though Black Hawk was hoping to avoid bloodshed while trying to resettle on tribal land, U.S. officials opened fire on the Native Americans. Black Hawk then responded to this confrontation by successfully attacking the militia at the Battle of Stillman's Run and then left northward. After a few months the militia caught up with Black Hawk and his men and defeated them at the Battle of Wisconsin Heights. While being weakened by hunger, injuries and desertion, Black Hawk and the rest of the many native survivors retreated towards the Mississippi. Unfortunately, Black Hawk and other leaders were later captured when they surrendered to the US forces and were then imprisoned for a year.
1836 · The Massive Internal Improvements Act

The Massive Internal Improvements Act of 1836 loaned Indiana $10,000,000 to create infrastructure such as canals, railroads, and roads across the state. The act was signed by Whig Governor Noah Noble and passed by the Indiana General Assembly. However, the financial crisis known as the Panic of 1837 thwarted these plans as costs ballooned. Construction on the infrastructure was not completed and the state debt rapidly increased.
1846