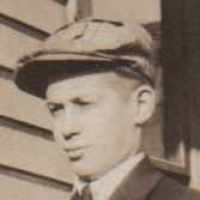 The Life of Vernal Seale

Put your face in a costume from Vernal Seale's homelands.

When the boll weevil threatened most the Mississippi Delta, it put the state’s cotton crop in peril. By the time the boll weevil reached Mississippi it had already destroyed four million bales of cotton. This added up to $238 million at the time or about 6 billion in present day. The boll weevil depends on cotton for every stage of its life.
1929

Lawrence and Vernal in Jeffersonville, Indiana

(written by Marita (Mann) Poulson for Lawrence's young great-grandchildren) When Lawrence and Vernal were children, there was a big war, called World War I, in Europe. When Lawrence was 9 years old …