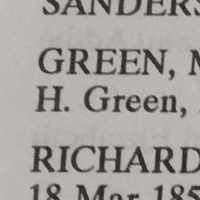 The Life of James Herd

Put your face in a costume from James Herd's homelands.

On July 1, 1867, the province of Ontario was founded. It is the second largest province in Canada. A third of the population of Canada live here. Before it was Ontario it was called Upper Canada and had a Governor.
1870 · The Fifteenth Amendment