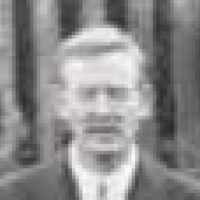 The Life of Ralph Maurice

When Ralph Maurice Burnett was born in 1874, in Calstone Wellington, Wiltshire, England, United Kingdom, his father, Francis Gilbert Burnett, was 34 and his mother, Mary Rixson, was 33. He married Elsie Jane Dixon in 1904, in Queensland, Australia. They were the parents of at least 1 son and 1 daughter. He died on 14 August 1940, in Brisbane, Queensland, Australia, at the age of 66, and was buried in Holland Park West, Queensland, Australia.

Put your face in a costume from Ralph Maurice's homelands.

The Wedding of Robert Francis Ruddle and Eva Gertrude Dixon, 1913

Ruddle-Dixon. A pretty wedding was celebrated at the residence of Mr. R. M. Burnett, Coorparoo on February 5 [1913], when Mr. Robert Francis Ruddle (youngest son of the late R. J. Ruddle and Mrs. Rudd …