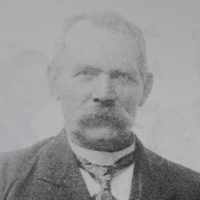 The Life of Petrus Antonius

When Petrus Antonius Raaijmakers was born on 22 October 1862, in Oisterwijk, North Brabant, Netherlands, his father, Adrianus Raaijmakers, was 31 and his mother, Anna Maria Van Den Broek, was 33. He married Johanna van Leest on 7 November 1894, in Oisterwijk, North Brabant, Netherlands. They were the parents of at least 5 sons and 6 daughters. He died on 12 March 1953, in his hometown, at the age of 90.

Put your face in a costume from Petrus Antonius's homelands.

The Dutch abolished slavery in Suriname. The Dutch were among the last Europeans to abolish slavery.
1870 · Amstel Brewery

Amstel Brewery was founded on June 11, 1870, in Amsterdam. It is named after the Amstel River which served for refrigeration. They use ice from canals to help keep their brews cold.
1890