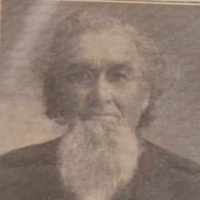 The Life of George Henry

Being a monumental event in the Texas Revolution, The Battle of the Alamo was a thirteen-day battle at the Alamo Mission near San Antonio. In the early morning of the final battle, the Mexican Army advanced on the Alamo. Quickly being overrun, the Texian Soldiers quickly withdrew inside the building. The battle has often been overshadowed by events from the Mexican–American War, But the Alamo gradually became known as a national battle site and later named an official Texas State Shrine.
1845

English:1. nickname from Middle English gode ‘good’ + enoh ‘enough’ (Old English genōh). Reaney suggests that it was bestowed on one who was easily satisfied; it may also have been used with reference to one whose achievements were average, ‘good enough’ though not outstanding. 2. possibly a nickname meaning ‘good lad’ or ‘good servant’, from Middle English gode knave, from Old English gōd ‘good’ + cnafa ‘boy’, ‘servant’.