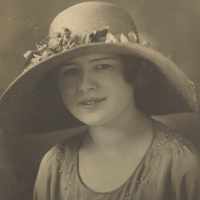 The Life of Amy Lillian

Put your face in a costume from Amy Lillian's homelands.

Olaus Johnson and Amy Lillian Olson were married May 30th 1905 in Menominee, Michigan. Olaus Johnson was 26 years old and a carpenter by trade. He was one of seven children. Amy Olson was 22 years …