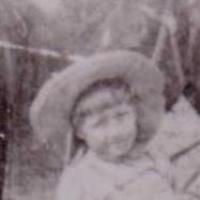 The Life of Clarence Homer

When Clarence Homer Robb was born on 11 February 1897, in Afton, Ottawa, Oklahoma, United States, his father, Homer Winfield Robb, was 39 and his mother, Hattie Adeline Thomas, was 28. He married Mary Mildred Ritchey on 15 September 1921. They were the parents of at least 2 sons. He lived in Roosevelt, Duchesne, Utah, United States in 1920 and Election District 8, Natrona, Wyoming, United States in 1940. He died on 1 January 1964, at the age of 66, and was buried in Millcreek, Salt Lake, Utah, United States.

Put your face in a costume from Clarence Homer's homelands.

The Daughters of Utah Pioneers was organized by Annie Taylor Hyde after she invited a group of fifty-four women to her home to find ways to recognize names and achievements of the men, women and children who were the pioneers. They followed the lead of other national lineage societies, such as the Daughters of the American Revolution. They were legally incorporated in 1925.
1915 · Dinosaur National Monument