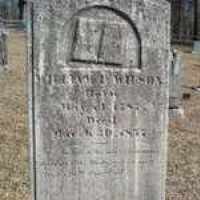 The Life of William Friend

Put your face in a costume from William Friend's homelands.

The First Presidential election was held in the newly created United States of America. Under the Articles of Confederation, the executive branch of the country was not set up for an individual to help lead the nation. So, under the United States Constitution they position was put in. Because of his prominent roles during the Revolutionary War, George Washington was voted in unanimously as the First President of the United States.
1788 · Becomes the 10th state