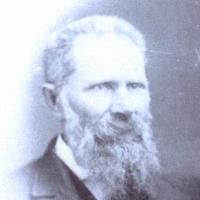 The Life of Jonas Lycurgus

Put your face in a costume from Jonas Lycurgus's homelands.

Being a second spiritual and religious awakening, like the First Great Awakening, many Churches began to spring up from other denominations. Many people began to rapidly join the Baptist and Methodist congregations. Many converts to these religions believed that the Awakening was the precursor of a new millennial age.
1830 · Louisville and Portland Canal Opens

The Louisville and Portland canal opened in 1830. It was a 2 mile canal. It helped with the barrier caused by the Falls of the Ohio River at Louisville by making a route around them.
1850 · 8th Most Populated State