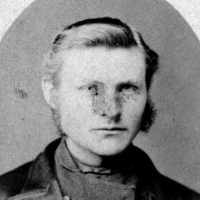 The Life of Poul Christian

Put your face in a costume from Poul Christian's homelands.

The Copenhagen Waterworks was the first waterworks in Denmark and served the community until 1951. It was one of the first buildings to be built outside Copenhagen's old city walls.
1859 · Copenhagen Zoo

The Copenhagen Zoo was founded in 1859 and is one of the oldest zoos in Europe. It was founded by a ornithologist named Niels Kjaebolling and the first animals that were at the opening were eagles, chickens, ducks, owls, rabbits, a fox, a seal and a turtle. The oldest building still is in use as a stable for the yak exibit. It is open everyday from 9:00am to 8:00pm (20:00).
1914

Norwegian and Danish: patronymic from Peter .