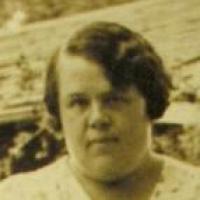 The Life of Mary Ethel

Put your face in a costume from Mary Ethel's homelands.

The Oregon Historical Society was founded on December 17, 1898, for the “collection, preservation, exhibition, and publication of material of a historical character, especially that relating to the history of Oregon and of the United States.”
1919 · The Eighteenth Amendment

English: habitational name from any of the many places so named, from Old English nēowe ‘new’ + tūn ‘enclosure’, ‘settlement’. According to Ekwall, this is the commonest English place name. For this reason, the surname has a highly fragmented origin.