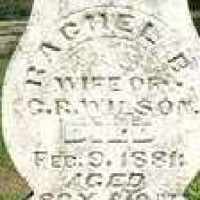 Put your face in a costume from Rachel Bray's homelands.

The Missouri Compromise helped provide the entrance of Maine as a free state and Missouri as a slave state into the United States. As part of the compromise, slavery was prohibited north of the 36°30′ parallel, excluding Missouri.
(1997: 238747;2007: 502734; 2010: 702625)English, Scottish, Irish, French, Walloon, Breton, Dutch, Flemish, German, Czech, Slovak, Croatian, Italian (Veneto); Spanish (Martín): from a personal name derived from Latin Martinus, itself a derivative of Mars, genitive Martis, the Roman god of fertility and war, whose name may derive ultimately from a root mar ‘gleam’. This was borne by a famous 4th-century Christian saint, Martin of Tours, and consequently became extremely popular throughout Europe in the Middle Ages. In North America, the surname Martin has absorbed cognates and derivatives from other languages, e.g. Slovak and Rusyn (from Slovakia) Marcin , Albanian Martini , Polish surnames beginning with Marcin-, and Slovenian patronymics like Martinčič (see Martincic ). Martin is the most frequent surname in France and one of the most frequent surnames in Wallonia.English: variant of Marton .