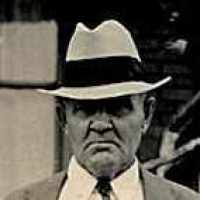 The Life of Robert William

Put your face in a costume from Robert William's homelands.

After the second state capitol had been destroyed, Michigan Governor Henry P. Baldwin initiated the passing of a bill that would cover the costs for a new building. The bill was adopted and raised over $1 million by a six year state income tax. Architect Elijah E. Myers' design named Tuebor, or I will defend, was selected and he was commissioned to design the new capitol building. The renaissance revival brick and sandstone building soared 267 feet from the ground and was dedicated on January 1, 1879.
1887 · The Bagley Memorial Fountain

"The Bagley Memorial Fountain was erected in 1887 with funds from the estate of John Judson Bagley. Bagley's will ordered the construction of the drinking fountain which would provide the people of Detroit ""water cold and pure as the coldest mountain stream."" H.H. Richards was the architect for the Romanesque-style, pink granite, lionhead fountain. It is engraved with the words, ""TESTAMENTARY GIFT FOR THE PEOPLE FROM JOHN JUDSON BAGLEY A.D. MDCCCLXXXVII""."