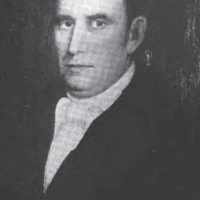 France sells Louisiana territories to U.S.A.
English: topographic name for someone whose dwelling was by a river or lake, Middle English atte water ‘at the water’.

Graduated from Williams College 1804; studied law and became a successful practitioner. He moved to Ohio in 1811, where for some years he was a member of the state legislature and postmaster at Circl …