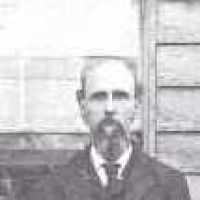 The battle of Shiloh took place on April 6, 1862 and April 7, 1862. Confederate soldiers camp through the woods next to where the Union soldiers were camped at Pittsburg Landing on the Tennessee River. With 23,000 casualties this was the bloodiest battle of the Civil War up to this point.
Scottish and English: habitational name from any of the various places so called. A Scottish place of this name near Longniddry is so named because it was held from the 12th century by a Norman family de Sey, from Say in Indre. Other places of this name, for example those in Cumbria, Devon, County Durham, Northumbria, and Yorkshire, are mostly named with Old English sǣ ‘sea’, ‘lake’ + tūn ‘enclosure’, ‘settlement’. One in Rutland seems to have as its first element a stream name, Sǣge ( see Seabrook ), or a personal name Sǣga. One in Kent is named with Old English seten ‘plantation’, ‘cultivated land’.