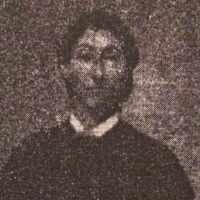 Abraham Lincoln is assassinated by John Wilkes Booth.
(1997: 3485;2007: 8231; 2010: 11531)English (Lancashire): Anglicized form of Channel Islands (Jersey) Poingdestre, a nickname from Old French poing destre ‘right fist’. This surname is very rare in Britain, while the original form Poingdestre is not found in France at all. Compare Pondexter .